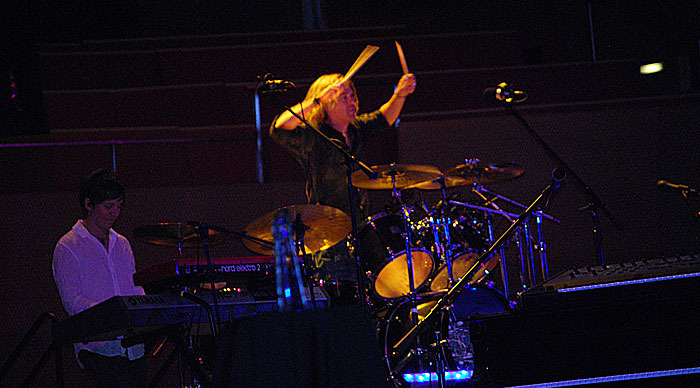 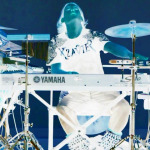 It’s been 12 years since Tom Sharpe released “Like Setting Myself on Fire”, now with his follow up release of “Lifting the World – A Symphony” Tom Sharpe once again shows that he is ready to set the world on fire.

A telling and uplifting story told though a vibrant collection of percussive instruments, strings and chorale performances, Tom gives you a performance you can not only picture but feel.

As you listen from song to song, what will grab you is the clarity of each …instrument within every song of the recording. Masterfully mixed, everything is at the best place within each song as all instruments have been recorded with extreme clarity. Nothing is out of place. Tom’s time with Mannheim Steamroller has definitely aided him here, but much of this comes from within Tom and isn’t something that is learned. It’s representative of who he is.

Throughout the album, Tom performs on a wide variety of percussive instruments and piano with each part being creatively and well thought out. The album moves seamlessly from song to song and movement to movement with a connective tissue that runs throughout the symphony. This is an album you live, not just listen to.

Highlights of the album are the opening song, World Speak, Three Stories, and the title track Lifting the World (Parts 1 and 2). World Speak opens with an aggressive percussion flare that pulls you in from the first sound as the World Speaks for the first time. Three Stories, is the gem of the symphony. The point where you can feel the inner conflict that resides in the main character, if not yourself, as one decides on the path to take. Lifting The World is the connective song (broken into two parts) that ties the entire symphony together. A wonderful blend of vibes, percussive instruments, strings, bassoon and chorale voicing that highlights Tom’s talents as a musician and song writer. Its themes are felt throughout the album.

As Dennis DeYoung has said, “a good song is a good song, end of story” and this is a collection of good songs. This isn’t Tom behind a drum set, it is Tom at his best, playing a wide variety of percussion instruments, piano, keyboards, and writing what is sure to be a highlight of his career. It shows his musical diversity at all levels from musician, to song writer, to story teller, to arranger, to producer. One can only hope that the next album doesn’t take another twelve years