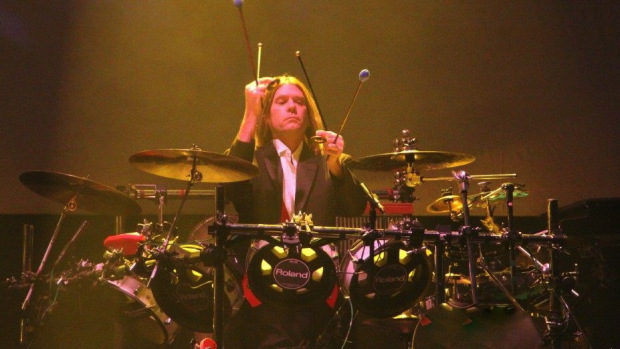 Tom’s another one of those musicians whose birthplace is the Motor City but who has flown under the radar for the most part.  We met another last summer by the name of Greg Bissonette who grew up in Warren and plays drums for Ringo Starr’s All Stars.

Tom Sharpe’s journey began in Romeo continued through the Interlochen Center for the Arts in Interlochen Michigan and on to Chicago’s DePaul University.  It was in Chicago where his first big break came auditioning for Styx founder Dennis DeYoung.

Tom still tours with Dennis DeYoung but 8 years ago got the chance to try out for Chip Davis’ Mannheim Steamroller. He’s been touring with the band performing Christmas shows every year since.

To hear the full interview , go to
Tom Sharpe Takes the Stage with Mannheim Steamroller